Plastic? Not for us

You may have seen some unpleasant reports in the media about hidden plastic in teabags. Nasty stuff.

Rest assured, our teabags don’t contain any plastic at all, and haven’t, from day one. None. Nadda.

The survey – or, at least, the way its findings were reported, were rather misleading. It was conducted using  pyramid teabags made from nylon. Twist teabags however, and the string attached, are made from cornsilk, the little threads that come from the top of an ear of corn. Perfectly natural, no badness involved.

The tags are paper, and these get heat-sealed onto the string, so no glue required. And the teabags are sealed using ultrasound, which causes vibration and fusion as a result. Clever huh? This means that it’s all biodegradable – although this can take quite a while. Sam, who is husband/dad to Nicky and Claire, our mother/daughter founder combo, put some on his compost pile and it took three months to biodegrade. (And, when he went outside to show Nicky that they had nearly gone, she went off on one about the weeds elsewhere in the garden so he’s not tried it since in case it happens again.)

Instead, it’s best just to put them in your food waste and let your council deal with it, as their industrial waste systems have the right micro-organisms to help the process along. Our inner bags are made of Natureflex, which is compostable, so that can just be put in your compost bin.

Our boxes and labels are made from Forest Stewardship Council-certified paper, and our caddies are made from tinplate and aluminium. So, if ever you decide to stop filling them with Twist Tea refills (which would be madness, why would you do that?!), they can be reused for storing buttons, pens, sweets, shoes*, or failing that put out with your recycling. Another way in which the media coverage was misleading was by suggesting that traditional tea bags are composed only of paper.  #FakeNews (although in this case it actually is fake news, rather than the type of fake news that is actually not fake but an orange buffoon with a shredded wheat on his head says it’s fake): traditional tea bags contain around 25% plastic, which is needed to fuse the material together, as this is done by heating the plastic so it melts and sticks together.

So, the bottom line. Our tea tastes great, but doesn’t harm the environment either, so you can enjoy it absolutely guilt-free.

*not shoes. Unless you have really small feet, like my mate Paul. 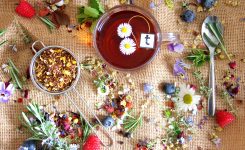 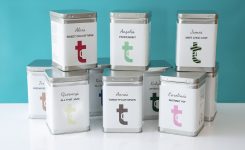 This time it's personal 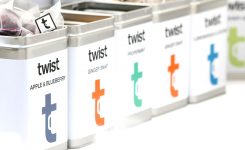 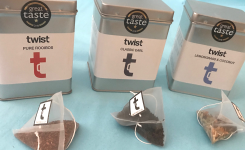 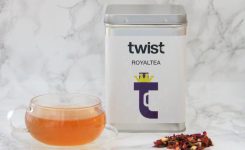 The Princess and the Tea 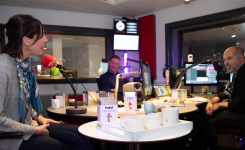